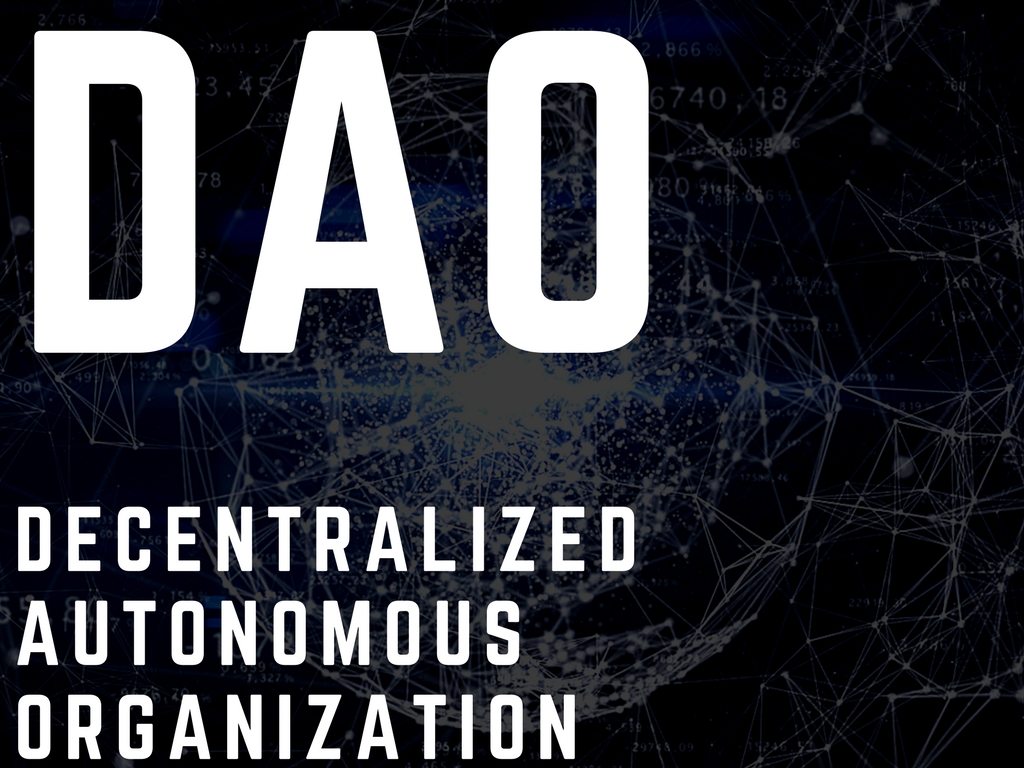 Decentralized Autonomous Organization Development is becoming a popular option for managing digital-native collectives as the world of blockchains and cryptocurrencies continues to develop.

DAOs present a singular opportunity for decentralized community and business growth. There are numerous DAO use cases, ranging from UniSwap, the most prominent decentralized exchange, to a DAO created to raise $3 million in support of the Ukrainian Army.

Members of these autonomous decentralized organizations work together following shared rules encoded on a blockchain. As a result, they have started to disrupt various industries, including finance and charity.

However, not all DAOs are the same. Different types serve various functions, and not all digital-first teams or web3 projects can benefit from DAOs’ advantages. We can help you if you want to comprehend the multiple DAOs available today.

Before we delve into the various DAO types, a quick history lesson is necessary.

Unfortunately, The DAO lost 3.6 million ETH due to an innovative contract bug exploit, and their financial situation did not improve. Nevertheless, The DAO paved the way for many other prosperous DAOs.

Compound Finance (COMP), Uniswap (UNI), and Aave (AAVE), which offered enticing ways for community members to demonstrate their commitment to decentralization through governance tokens and DAO governance, were among the leading Decentralized Finance projects to be introduced to the Ethereum blockchain during the Summer of DeFi in 2018.

In the end, blockchain innovations like smart contracts, on-chain governance (voting), empowered community members redefining how decisions are made, and new organizational and legal structures without a central authority made DAOs successful.

DAOs are likely to keep pushing the envelope as the web3 ecosystem expands, blockchain technology develops, and innovators test out new kinds of models.

We won’t be able to cover every DAO category because new DAO types are constantly being created. Let’s explore the most popular types of DAOs and their objectives if you’re interested in learning how to make your own DAO.

A decentralized protocol, such as a borrow/lend application, a decentralized exchange, or another kind of dapp, is governed by a protocol DAO, a particular type of DAO.

The three most prominent Protocol DAO examples are

Using smart contracts, MakerDAO, one of the first DeFi applications on the Ethereum blockchain network, enables users to lend and borrow cryptocurrencies with individualized lending rates and repayment amounts.

Holders of MakerDAO’s MKR governance tokens can vote on modifications to the Maker Protocol, such as the amount of collateral required for CDPs, the annual borrowing limit, and whether to shut down if Ethereum crashes.

Additionally, MKR holders serve as the DAI loans’ last-resort buyers (an algorithmic stablecoin created by MakerDAO). If the amount of DAI in circulation is greater than the value of ETH in Maker Vaults, MKR is made and sold in a debt auction to raise the required money.

The community now has voting rights in the development and administration of Uniswap, thanks to the launch of its governance token, UNI. The Uniswap governance, UNI community treasury funds, the protocol fee switch, and other things are under the control of holders of UNI tokens.

To be considered further, a proposal must receive a minimum of 25,000 UNI yes votes to change Uniswap or add new features.

Yearn DAO delegated funding to DAO Vaults, just like the governance token-powered DAOs mentioned above. YFI owners may give money to DAOs in the DAO vault ecosystem that has been permitted to accept funding. Andre Cronje, the founder of YFI, created Coordinate to fill a hole in the traditional HR and payroll system by allocating funds and rewarding contributors independently.

Grant DAOs are either a charitable extension of a larger project or an entirely separate entity in the DeFi space. They are created to facilitate charitable donations and strategically deploy capital assets throughout the web3 ecosystem.

Aave Grants DAO is a community-led initiative that awards grants for ideas and initiatives that support the creation of the Aave Protocol, with a particular emphasis on building out the community of developer community.

MetaCartel, which generates financial funding for projects and offers operational support for early-stage dapps, is one example of a Grant DAO that is a separate entity.

To hasten the development of Web 3, MetaCartel provides grants ranging from $1,000 to $10,000 for projects such as new consumer-facing use-case experiments, new DAO creations, community-focused initiatives, and more.

Philanthropy DAOs organize around a common goal to make an impact in the Web3 world to advance social responsibility.

Examples of DAOs in Philanthropy

The efficiency with which DAOs organize and operate is evidence of Web3’s strength. UkraineDAO raised more than $3 million in ETH in less than a week to support the Ukrainian Army.

UkraineDAO uses the ENS domain, ukrainedao. Eth, to send donations to Ukrainian soldiers and support the Ukrainian organization, Come Back Alive. It is coordinated by members of PleasrDAO, Trippy Labs, and the Russian art collective Pussy Riot.

Simply put, philanthropy DAOs can make a significant impact at breakneck speed thanks to the popularity of cryptocurrencies and the ease of sending money abroad.

By uniting like-minded people like builders, artists, and creatives, social DAOs, also known as creator DAOs, are focused on the self-organizing community aspect of DAOs.

Although community-focused, Social DAOs typically have entry requirements, such as holding a certain amount of tokens, having an NFT, or being personally invited.

A group of web3 developers known as Developer DAO is working together to create the web3 of the future. Members of Developer DAO must have a Genesis NFT or be one of the fortunate developers chosen to join the exclusive Discord server to join.

Friends With Benefits is a web3 creator DAO that fosters creativity and community. Friends With Benefits membership costs $75 in $FWB tokens, and once a member is in, they have full access to network with other creators, builders, and creatives and to attend exclusive events.

DeFi may have been designed with accessibility, but many social DAOs benefit from exclusivity, teamwork, and interpersonal network effects.

The main goal of Collector DAOs is for participants to pool resources so that the community can invest treasury funds in high-end NFT artwork and other collectibles. Each participant owns a share that is equal to their investment.

With the explosion of NFTs, well-known collector DAOs like FlamingoDAO emerged. FlamingoDAO amassed extremely expensive NFTs from digital artists like Pak, Hackatao, XCopy, and CryptoPunk #2890 NFT, which was bought in 2021 for USD 760k.

To purchase the US Constitution, a different group of collectors established ConstitutionDAO. Unusually, ConstitutionDAO managed to raise $47 million in ETH in just one week to attempt to purchase a first-edition copy of the United States Constitution at a Sotheby’s auction.

Even though not every collector DAO will succeed, it is a new way for investors to access costly NFTs without risking much of their own money.

6. DAOs for investment and venture

A venture DAO made up of investors, and basketball enthusiasts called Krause House DAO is attempting to acquire a professional NBA team. Members of the Krause House DAO would take part in decisions affecting a National Basketball Association team’s day-to-day operations, including but not limited to general management, ticketing, merchandising, and partnerships.

Other notable venture DAOs include BessemerDAO, established by the San Francisco-based VC firm Bessemer Venture Partners to discuss trends in the cryptocurrency industry, and MetaCartel Ventures (MCV), a for-profit DAO founded by the MetaCartel community to invest in early-stage Decentralized Applications (DApps).

Media DAOs reinvent traditional media platforms by producing content driven by the community, in contrast to a top-down approach where the range is constructed with a central plan or influenced by advertisers.

Imagine social media, but with people actively working to earn a share of the decentralized organization’s profits rather than corporate entities controlling the profits.

A decentralized community called BanklessDAO was created to organize and promote bankless media, culture, and education. Its objective is to promote adopting a simple money system devoid of banks.

Another media DAO example that allows users to vote on the kinds of content they would like to see is Decrypt.

For emerging communities looking to reward their users as the crypto community and Web 3.0 culture expand, media DAOs are particularly effective.

A SubDAO is a brand-new type of DAO that consists of a subset of DAO members who are arranged to handle particular tasks like operations, partnerships, marketing, treasury, and grants.

With its expanding DAO membership, Balancer Protocol recognized an opportunity. It proposed the creation of subDAOs to manage DAO-related decision-making and facilitate execution without necessitating the approval of each proposal by the entire DAO.

It was decided that Balancer DAO could move more effectively as a Decentralized Autonomous Organization now that sub days had been successfully incorporated into their structure.

The DAO framework’s potential is only as limited as the community’s creativity.

Today, Start your own DAO

Selecting the best route for your business requires a thorough understanding of the various use cases and DAO types. DAOs will continue to be crucial to developing crypto and Web 3.

Other than that you should have the best web 3 platform development company for building up Web3.