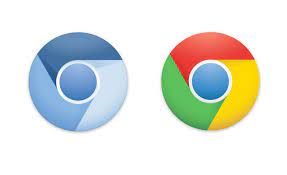 There are a lot of web browsers to choose from and it can be difficult deciding which one is the best for your needs. In this blog post, we’ll take a look at some of the most popular browsers and discuss their features so that you can make an informed decision about which browser is right for you. We’ll also explore how to install and use different browsers on your computer. So, whether you’re looking for a new browser or just want to know more about the ones you already use, read on!

Browser wars have been going on since the early days of the internet, and there’s no sign of them stopping any time soon. So, which browser is the best? That’s a tough question to answer, as there are many factors to consider. However, there are four browsers that tend to dominate the market: Chrome, Chromium, Firefox, and Brave. All four have their own strengths and weaknesses, so it’s important to choose the right one for your needs.

Chrome is a solid all-around browser that is suitable for most users. It’s fast and compatible with most websites, plus it has a wide range of extensions and plugins available. Chromium is the open-source version of Chrome, so it shares many of the same features. However, Chromium isn’t as well-supported as Chrome and can be more unstable. Firefox is another popular option that is known for being lightweight and privacy-focused. Brave is a newer browser that combines the best features of Chrome and Firefox, plus it has built-in ad-blocking and tracking protection.

So, which browser should you choose? Ultimately, it comes down to personal preference. However, all four of these browsers are top contenders in the browser wars, so you can’t go wrong with any of them.

Chrome vs Chromium: What’s the Difference?

Google’s web browser Chrome is built on an open-source project called Chromium. You can install Chromium on Windows, Mac, Linux, and Android. Many features that are available in Chrome are also available in Chromium, but there are some key differences between the two browsers.

Chrome is a fully-fledged web browser with all the bells and whistles that you would expect from a major software company like Google. It includes features such as automatic updates, support for multiple languages, and access to Google’s massive library of extensions.

Chromium, on the other hand, is geared more towards developers and tinkerers. It doesn’t include some of the more consumer-focused features that come with Chrome, such as automatic updates and support for multiple languages. However, it does offer a more customizable experience and allows users to test new features before they’re rolled out to the general public.

So, which one should you use? If you’re just looking for a simple web browser that just works, then Chrome is probably a better choice. However, if you’re a developer or power user who likes to tinker under the hood, then Chromium might be a better fit. Firefox is an open source browser that was created by Netscape in the 1990s. It’s been updated frequently and has a loyal following, especially among people who appreciate its privacy features. Firefox Quantum is the latest version of the software. –

Brave is a relative newcomer to the browser scene, having launched in 2016. It’s based on Chromium (the same codebase as Chrome), but it includes several features that make it more privacy-minded and user-friendly. -Chrome is Google’s flagship product and was first released in 2008. It dominates the market for browsers, thanks to its speed, reliability, and extensive feature set. -Chromium is the open source project from which both Chrome and Brave are derived. Many other browsers (including Opera) are also built on Chromium codebases.

The Battle of the Browsers: Firefox vs Brave

In the world of web browsers, there are many choices. But which one is the best? In this post, we’ll pit two of the most popular browsers against each other: Mozilla Firefox and Brave. Read on to see which browser comes out on top!

Mozilla Firefox is a free and open-source web browser developed by the Mozilla Foundation. Firefox is available for Windows, macOS, Linux, and Android. As of February 2020, Firefox has a market share of 9.26% globally.

One of the best things about Firefox is that it values your privacy. By default, Mozilla doesn’t collect any data about you without your consent. And if you do give them permission to collect data, they only use it to improve your experience with the browser—not for advertising purposes. Additionally, you can set Firefox to delete your browsing data every time you close the browser.

Brave is a free and open-source web browser developed by Brave Software Inc. Brave is available for Windows, macOS, Linux, Android, and iOS. As of January 2020, Brave has a market share of 0.57% globally.

Brave was created with privacy in mind. Like Firefox, Brave doesn’t collect any data about you without your consent. And when you do give them permission to collect data, they only use it to improve your experience with the browser—not for targeted advertising. Additionally, Brave blocks third-party cookies and trackers by default—meaning your browsing history stays private even when you’re using sites like Facebook or Google.

Conclusion: Firefox vs Brave vs Chrome vs Chromium

So which browser is better—Firefox or Brave? Both browsers offer great privacy features and have a commitment to keeping your data safe. However, Brave goes above and beyond when it comes to protecting your privacy—making it the clear winner in this battle of the browsers!

-So, which should you choose? The answer depends on your needs and preferences as a user. If you want a fast, reliable browser with lots of features and tight integration with Google services, then Chrome is probably your best option. If you care about privacy and want more control over how your data is used, then Brave or Firefox might be better choices. And if you just need something basic that works well without any bells or whistles, then Chromium-based browsers like Opera may be good options for you